Chail is a perfect hill station for family holidays also as for perfect honeymoon planning, it's 44 Kms from Shimla and 45 Kms from Solan. The Chail Palace is documented for its finest architecture, the palace was built as summer retreat by the Maharaja of Patiala during British Rule. Chail may be a beautiful place totally covered by beautiful forest of chir, pine and deodars. due to its closeness and connectivity with Simla, Chail has become a really popular tourist destination over time. The world’s highest cricket ground is situated here built back in 1893. the opposite major tourist attractions are Chail Palace, Capitol Hill station is understood for Chail Sanctuary, which homes sambar, goral, and cheer pheasants. The Sanctuary is roofed in rather wide area covering a complete of about 10,854 acers. another places of interest in Chail including Chail Gurudwara, Kali ka Tibba and Lover's Point. Now Chail is becoming as a neighborhood of adventure activities, few resorts are offering to guests for its exciting recreational activities, bonfire music and dance, nature walks, trekking, cycling, hiking, yoga, rappelling and lots of more. 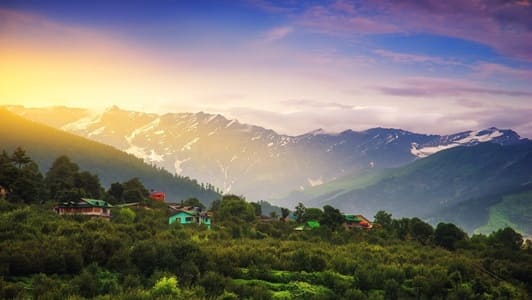 Located at a height of 2250 metres Chail is one among the littlest Himalayan hill resorts. When Bhupinder Singh, Maharaja of Patiala, was expelled from Shimla, he decided to make his own summer capital, which was Chail. Lying just 45 kms faraway from Shimla, surrounded by a thick cover of deodars and situated at a better altitude, Chail was an ideal choice within the British-controlled Shimla. Chail may be a resort within the real sense of the term. Rajgarh palace with it's elaborate furnishings, comfortable log huts and cottages, dense forests, and serene walks, sprawling lawns, a childrens park, a lover's hill and sport facilities make chail worth a visit. It also provides good, opportunities for fishing and trekking and boasts of the world's highest cricket pitch and polo ground.

Main Attractions:
Chail Palace:- Chail Palace is one among the main tourist attraction of the town, which is cover an enormous area of 75 acers. The Palace was constructed by the king of Patiala. The land was gifted to the King of Partiala by British Government as a gratitude to his help of British Government in Anglo-Nepalese War. The Palace is now converted as a Heritage Hotel.

Chail Cricket Ground:- ChailCriket Ground is that the prime attraction of Chail, which is renowned for its highest cricket ground within the world. The cricket ground is situated at an altitude of two ,444 meter and was established in 1893. This beautiful cricket ground is surrounded by lush green thick forests of deodar.

Kali ka Tibba:- Kali ka Tibba lies on the highest of the mountain Blossom. it's named after the Rajmata’s Cottage. The temple is dedicated to Goddess Kali (Goddess Kali dedicated to Hindu goddess of war and destructions). This beautiful place is surrounded by Shivalik Range and therefore the Choor Chandni Peak. aside from pilgrimage reasons, there's another reason to the present shrine that attract many tourists here – it's an interesting trekking route with striking views. While up your trek you would possibly encounter many unidentified beautiful plants and rare species animals

Chail Sanctuary:- Perfect to explore the Chail wildlife sanctuary may be a huge forested area with alpine trees, wildflowers and animals. The Chail sanctuary was established in 1975 round the township of Chail. it's another hottest attraction of Chail, which is situatednat the altitudes, starting from 701 meter to 2180 meter above water level . The Chail Sanctuary is cover a neighborhood of 10,854 hectares surrounded by a dense forest. it's the house to Cheetah, Sambar, Kakar, Goral, black bear, deer and lots of other animals.

Maharaja's Palace:- Maharaja's Palace is situated at Rajgarh Hill in Chail and also referred to as the Rajgarh Palace. The palace was constructed 1891. it's also one among the favored attraction of Chail.

Gurudwara Sahib:- Gurudwara Sahib Sikh temple was constructed by Maharaja Bhupinder Singh of Patiala. After partition of Punjab. it had been inbuilt year 1907, located on the Pandhawa hills which is about 1 kilometer above from Chail Bazaar. Gurudwara resembles that the architecture of Goan churches.

Sidh Baba Ka Mandir:- Sidh Baba Ka Mandir is one among the famous Holy Ghost temple in Chail, which is situatedat Capitol Hill lying between Rajgarh and Pandhawa. it's said that Maharaja Bhupendra Singh constructed the temple here after a saint appeared in his dream and instructed him to construct a temple at this place.

Kufri:- Located at the space of about 25kms from Chail, Kufri is understood for its ski slopes and therefore the scenic beauty around. Here enjoy the horse riding and short treks into the encompassing hills during the summers and in winter enjoy the skiing.

Fagu:- Fagu is situated at the space about 37kms from Chail, Fagu is that the perfect tourist destination for those that want to spend a while on the lap of nature. This beautiful and peaceful town offers the breathtaking views of the environment.

How to Reach Chail
By Air:- Shimla may be a nearest airport from Chail City, but shimla airport operate limited sector flights, another airport is that the Chandigarh airport which may be a distance of 113km faraway from the Chail. it's well connected with all major cities of India.
By Train:-The nearest major railroad station is Kalka, which is found at the space of about 27kms from Chail. The Kalka railroad station is well connected with all major cities of India.Another small railroad station is Shimla, which is found at 56kms from Chail. Shimla is connected through toy train from Kalka.
By Road:-Chail has good road network which is connected with all major cities. it's located at a distance of 45 kilometers from Shimla by road via Kufri.